Want to know what food to avoid to keep from getting food poisoning? Ask Bill Marler, a premier food poisoning attorney.  He’s spent over 20 years filing food poisoning lawsuits – and winning.  In fact, he’s won over $600 million dollars for his clients.  So, it seems he should be fairly knowledgeable about what (and what not) to eat   Here are 6 items you will never find in his refrigerator:

1. Raw Oysters. Bill says he’s “seen more foodborne illnesses linked to shellfish in the past five years than in the two preceding decades. As waters heat up globally they produces microbial growth, which ends up in the raw oysters consumers are slurping down.”

2. Prepackaged fruit and vegetables. The bag says they are pre-washed and ready to eat, but are they really safe? Unfortunately, all that handling makes the risk of contamination by bacteria like listeria and E. coli higher. Avoid these items “like the plague.”

3. Raw sprouts. Over 30 outbreaks of salmonella and E. coli in the past 20 years have made Marler pass these by.  “There have been too many outbreaks to not pay attention to the risk of sprout contamination.”

5. Raw eggs. But who eats raw eggs, you may ask?  If you lick the spoon when mixing a cake, or take a pinch of raw cookie dough, you are.  Even though the risk of illness is lower than ever, don’t do it.

Unpasteurized milk and juice. Pasteurization is the process of heating the liquid to a temperature sufficient to kill microbes and pathogens.  Some foodies say it destroys flavor and nutrients, but Marler advises that “skipping this safety step means an increased risk of contamination by bacteria, viruses, and parasites.” 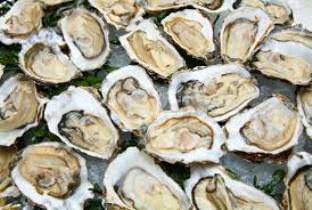