An Arizona man is in jail in Maricopa County for plotting to kill his wife for her life insurance and to marry his girlfriend.  Dallas Michaels, 42, has been charged with premeditated first-degree murder and a drug charge, as well as prior charges of impersonating an officer and extortion.  Authorities claim he attempted to obtain fentanyl with the intention of poisoning her drink while the couple was on a trip with their three kids.

Theresa Michaels was packing for a camping trip in California when six detectives knocked on her door.  “”That’s when they informed me,” she says, “that my husband was plotting to kill me.”  They had been tipped off by the woman who was his long term mistress and whom Dallas tried to get the drugs from.  According to police, “On June 25, 2020, detectives obtained cell phone texts between Dallas and the female where he confirmed he was going to California on a family trip and was ‘doing it then.’ He again asked for the female to notify him if she came across anything in the next few days. The female called Dallas and the conversation was overheard by detectives. In the conversation, Dallas arranged to purchase fentanyl from the female and being committed to the task for the weekend.”  Dallas admits to speaking to the woman, but claims the drugs were to kill himself–not his wife. 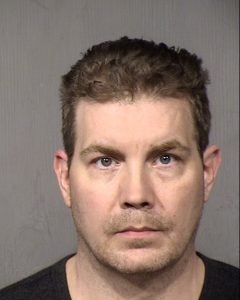 Theresa Michaels has set up a go fund me account under her maiden name of Doctors. “I am in the process of obtaining a divorce by default,” she wrote in her GoFundMe plea. “However, in the meantime, I am struggling to make ends meet with my income alone. I have held a steady job for the past 15 years. I am behind on mortgage payments and have to move. I want to get far away from here.”  She also says she has been left with the lease on a martial arts studio where Dallas taught that is now facing bankruptcy.  Theresa also claims her mother-in-law, who lived with the couple, was “in on the plot”.  “I’ve got a clean record and was an excellent wife and I am a wonderful mother,” she wrote. “I know I didn’t deserve this.”