Parents want to feed their babies the healthiest, safest food they can.  Many read the food labels and avoid baby foods that contain added sugars or preservatives.  Organic baby foods are a popular choice, leading parents to think they are giving their children the healthiest food possible. But a shocking new report just released by the Subcommittee on Economic and Consumer Policy finds that many of the most popular brands of baby food contain high levels of toxic metals.  “Dangerous levels of toxic metals like arsenic, lead, cadmium and mercury exist in baby foods at levels that exceed what experts and governing bodies say are permissible,” Rep. Raja Krishnamoorthi, (D.-Ill.) the chair of the subcommittee says.  Baby food makers Gerber, Beech-Nut, HappyBABY, and Earth’s Best Organic submitted internal testing documents at the request of the subcommittee.  Campbell Soup which makes Plum Organics, Sprout Organic Food, and Walmart did not comply with the request to submit testing documents to the group.

The World Health Organization calls arsenic, lead, cadmium and mercury the top chemicals for concern when it comes to infants and children.  The metals are linked to cancer, chronic disease, and inhibited brain development resulting in lower IQ. From the time of conception through the age of 2, babies have an extremely high sensitivity to neurotoxic chemicals, said Jane Houlihan, the national director of science and health for Healthy Babies Bright Futures.  “Their brain is forming rapidly, and so when they’re exposed to metals that can interrupt those natural processes, the impacts range from behavioral problems to aggression to IQ loss and all kinds of cognitive and behavioral deficits that can persist throughout life,” Houlihan said.  Krishnamoorthi said the data shows that some baby foods have hundreds of parts per billion of dangerous metals, but he told CNN, “we should not have anything more than single-digit parts per billion of these metals in any of our foods.”   Even though the dangers of consuming these toxic metals is well  known, the Food and Drug Administration has yet to set a standard for allowable levels of lead, cadmium and mercury in foods. However,  it has set a standard 100 parts per billion of inorganic arsenic for infant rice cereal, but that is still too much some experts say, citing a level of 10 parts per billion of the same element in bottled water.

Arsenic, lead, cadmium and other metals are natural elements that can be present in the soil where crops are grown, making some uptake into the plants unavoidable. But some areas have more toxic levels than others because of overuse of pesticides, industrial pollution, and water contamination.  Many of the companies that submitted testing documentation use this as the excuse for the excessive levels of the dangerous metals.  All the companies that responded also said they either comply with government standards, have developed their own internal quality and testing standards, or both. Several said they are part of the Baby Food Council, a group formed with the goal of voluntarily reducing heavy metals in baby foods. That’s because this is not a new problem.  In 2018 Consumer Reports tested 50 different baby foods and found that “every product had measurable levels of at least one” of three heavy metals, and 68% “had worrisome levels of at least one heavy metal.” In 2019 Healthy Babies Bright Futures published a report that found toxic metals in 95% of the baby foods randomly pulled off supermarket shelves and tested.  Congressman Krishnamoorthi believes that voluntary efforts to reduce metals in baby food by producers are not enough. He plans to introduce legislation to step up FDA oversight. “So now we need the FDA to step into the breach and do what I think the American people believe it is, is its job to do,” he said. “Which is to make sure that the food that their babies consume is safe.” 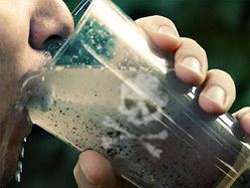 Do you think someone has put something in your food?

We can test food for chemicals and poisons as well as drugs.  Whether you think it was deliberate or accidental, we can find out if there’s something in your food that shouldn’t be.