Campylobacter the Leading Cause of Foodborne Illness in the US

More cases of food borne illness were reported in 2018 than ever before.  The bacteria leading the way is Campylobacter. in fact, there were 9,723 cases of campylobacter diagnosed in 2018 compared to 9,084 cases of salmonella, according to the CDC.  People with Campylobacter infection usually have diarrhea (often bloody), fever, and abdominal cramps. The diarrhea may be accompanied by nausea and vomiting. These symptoms usually start within 2 to 5 days after exposure and last about a week. Some infected people do not have any symptoms. In people with weakened immune systems, such as people with the blood disorders thalassemia and hypogammaglobulinemia, AIDS, or people receiving chemotherapy, Campylobacter occasionally spreads to the bloodstream and causes a life-threatening infection. 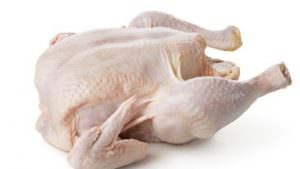 How do you get infected?

Chickens, cows, and other birds can carry Campylobacter. The bacteria is carried in the intestines, liver, and giblets of animals and can be transferred to other edible parts of an animal when it’s slaughtered.  Testing done in 2014 found the bacteria on 33% of all chicken purchased from a retailer.  So not surprisingly the illness is usually associated with consuming raw or under cooked poultry.  It can also come from drinking unpasteurized milk or eating cheese made from raw milk.  The bacteria can also live in water and on produce.  And it only takes a tiny amount to make a person sick.  In fact, one drop of contaminated raw chicken juice can be enough to make you ill. You can also become infected from handling the feces of a dog or cat that are sick with the bacteria.

How can I prevent the illness?

Not surprisingly, the best way to prevent infection is to cook your food thoroughly.  Cook any poultry to at least 165 degrees.  Also, the bacteria can live on your hands — so WASH YOUR HANDS!  Wash before and after you handle raw meat, use the bathroom, or clean up pet poop.  Also, do not drink untreated water.  Make sure if you have a well that you are getting the water tested frequently.