Can You Wash Away Signs of an Affair?

Can you wash away the signs of an affair?  Will throwing underwear or sheets in the washing machine and dryer remove signs of infidelity like semen or DNA?  It depends.  The type of fabric, or sample material, how it’s washed, and how it’s dried can all affect the ability to detect signs of sexual activity.  Even how long the stain was on the fabric can play a role. 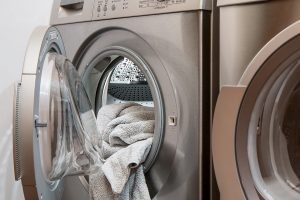 What Kind of Test?

You can test a sample for signs of sexual activity by looking for semen or for DNA. There are a variety of tests that are done to determine if semen is present on a sample, but only two are considered confirmatory or absolute–finding sperm cells or semenogelin.   Black or UV lights, AP tests, and PSA tests are considered presumptive.  This means any positive findings have to be confirmed with one of the two confirmatory tests.  If a man has had a vasectomy, no sperm will be present in the semen, so the only way to know if semen is truly present is with a semenogelin test.  As this is a protein produced by men only during ejaculation, there is no other way it can get on a sample.  The test does not cross react with any other bodily fluids. DNA is extracted from the sperm found in the semen.  If a man has had a vasectomy, there will be no sperm, so DNA is not usually found.  It is possible to pick up DNA from blood, tissue, or epithelial cells in the semen if they are present in large enough quantities.

“Washing” is different things to different people.  It can mean anything from a quick swish under running water to soaking in bleach and washing in a machine.  How long was the item completely submerged in water? Was the water hot or cold?  What kind of detergent was used? How long was the wash cycle? Was anything else in the wash?  All of these can affect the ability to detect signs of sexual activity such as semen or DNA.   A quick cold water rinse will be much more likely to leave behind detectable semen than a prolonged soak and machine wash in hot water.  It’s been found that nylon or silky fabrics do not hold signs of activity as well as cotton.  Interestingly though, numerous studies have found that even when washing removed detectable semen, the sperm remained in sufficient quantity to be able to get a DNA profile.  Since semen detection tests are looking for various types of proteins this makes sense.  Proteins will break down and wash away much more easily than a sperm cell when exposed to detergent and hot water.  It turns out that DNA is even detectable after dry cleaning, although some tests have shown it depends on the chemicals and types of process used.

Hung Out to Dry?

Putting a sample through a dryer with heat may remove the ability to detect semen or DNA.  If a garment is hung up to dry, whether it is hung inside or outside can affect the ability to find DNA.  Direct sunlight can break down DNA, so a sample dried inside would be more likely to still contain detectable amounts.  Items dried in a dryer on a cool or air setting may be more likely to have usable DNA than an item dried on a heat setting.