Cheaters Are Getting Older – The Aging of Infidelity 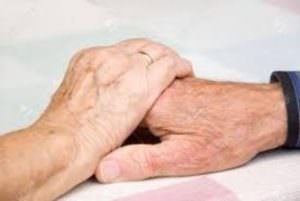 Research has shown for years that men cheat on their partners more often than women.  The statistics have remained relatively steady:  one out of every five men and one out of eight women will have an affair at some point in their relationships.  But break down those numbers and you get some pretty surprising information about which men and women are most guilty of infidelity. It seems that cheaters are getting older.

Loads of research shows that Baby Boomers have always reported the highest rates of extramarital sex.  This group became sexually active during the swinging ‘60s – the Sexual Revolution – a time when sexual freedom and experimentation was the norm.   So it makes sense that a mindset consistent with having multiple sexual partners would carry through the rest of their sexually active lives.   And that brings up the second significant factor in aging infidelity— better health and drugs. A variety of drugs like Viagra, Cialis, and testosterone supplements for men have extended their ability to perform sexually well beyond middle age.  Advancements in procedures like knee and hip replacements are also extending sex lives.    While sexual enhancement drugs and treatments abound for men, not much is available for women. Their interest in sex wanes with age.  Some research indicates this may be a factor in leading older men to look for sexual satisfaction outside the marriage.  Additionally, many boomers are finding themselves widowed or divorced – and they’re returning to the sexual behaviors of their youth.

All this sex may seem like a good thing to look forward to as we age.  But every up has it’s down.  Between 2014 and 2017, diagnosis rates for herpes simplex, gonorrhea, syphilis, chlamydia, hepatitis B, and trichomoniasis rose 23 percent in patients over the age of 60. This is because men and women over the age of 60 have the lowest condom usage of any population.  Coming of age in an era when a simple antibiotic could cure any problem meant Boomers were able to have multiple partners with fewer consequences than any prior generation.  This mindset hasn’t changed.  And nothing says he or she is having an affair like coming up with an STD when you have been in a “monogamous” relationship for years.

Do You Think Your Partner is Cheating?

Do You Think Your Partner is Cheating?