One of Chicago’s strangest murder is still unsolved – 5 years later.  In 2012, Urooj Kahn scratched off a lottery ticket from a local 7-11 and became a millionaire.  He was thrilled when he posed with his family with the over-sized check for $1 million dollars.  Khan opted for a lump sum payment of about $600,000 — lowered to about $425,000 after taxes. Unfortunately he never collected the real check. Just a few weeks after hitting it big, he was dead.  Initially, the medical examiner ruled that Mr. Kahn died of natural causes. He did not do an autopsy because there was no immediate evidence of foul play. But his brother, Imtiaz Kahn, persuaded the medical examiner’s office to take a second look at the case and the finding was changed.  The cause of death? A deadly dose of cyanide. “I kept saying, ‘He didn’t die by heart attack. It was a murder,'” said Khan. 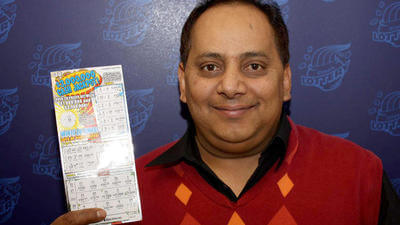 Now, 5 years later, the case remains unsolved.  His brother says that Urooj’s good fortune in winning the lottery had caused tensions in the family.  Police questioned Urooj’s wife, Ansari, about the meal that she cooked for her husband before he died.  But Ansari says everyone in the house – Urooj’s wife, daughter from a previous marriage, and father-in-law- had eaten the same meal.  Police also searched the home.

The wife and daughter ultimately divided up the winnings after a difficult probate battle.  “It wasn’t just a matter of money,” says Al-Haroon Husain, Ansari’s attorney. “It was a matter that one side believed the other side murdered (him). … I don’t know if there is any harder emotion to overcome, to say that you’ve murdered my family member.”