Waste water generated by first year fracking wells jumped by a whopping 1440% between 2011 and 2016.  A study by the journal Science Advances also shows that the amount of water used by those wells was up 770%.  “After more than a decade of fracking operation, we now have more years of data to draw upon from multiple verifiable sources. We clearly see a steady annual increase in hydraulic fracturing’s water footprint, with 2014 and 2015 marking a turning point where water use and the generation of flowback and produced water began to increase at significantly higher rates,” said Avner Vengosh, co-author of the study and a professor at Duke University’s Nicholas School of the Environment.  Alarmingly, the study predicts that water use will increase 50 fold by the year 2030.  In areas where drinking water is already under stress from population growth and climate, fracking is an additional stress on water reserves.  A single fracking well uses enough fresh water to fill an Olympic sized swimming pool. 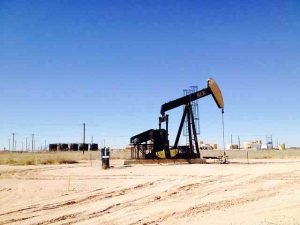 Water levels in 21 of the world’s 47 largest known aquifers are trending negative, according to a 2015 study published by a group of NASA scientists in the journal Water Resources Research. Another NASA study, published in the journal Nature in May, found that California alone lost four gigatons of water from 2007 to 2015. And this demand for water is going to increase.  Food production is the largest user of water around the world.  And the demand for more food means more water.   Some scientists estimate that the need for water for farming will increase by 69% by 2035.  “At a time when large parts of our county are suffering through persistent droughts and year-round fire seasons, it’s truly unconscionable that the fossil fuel industry would be allowed to divert vast volumes of water to fracking for oil and gas,” Seth Gladstone, a spokesman for the environmental group Food & Water Watch, said in an email. “The fact that the burning of this oil and gas is driving our climate chaos and intensifying the droughts and fires makes this reality all the more shameful and absurd.”