Are hip replacements causing chromium poisoning?  “Metallosis” has been directly linked to metal on metal implants. A 2012 article in Current Orthopaedic Practice by Dr. James Pritchett identified early metallosis symptoms as “a feeling of instability, an increase in audible sounds from the hip, and pain that was not present immediately after surgery.

Hip replacements are second only to knee replacements. There are 175,000 hip and over 500,000 knee replacement surgeries done each year. As the baby boom generation begins wearing out these numbers are expected to rise by 174% for hip replacements over the next 10 years alone. When these implants work well they give patients years of pain free use. When they don’t work well the problems can be life threatening. Did you know that a number of artificial joints have been recalled? Unfortunately,the damage done by these faulty implants goes far beyond just needing them replaced by a newer model. 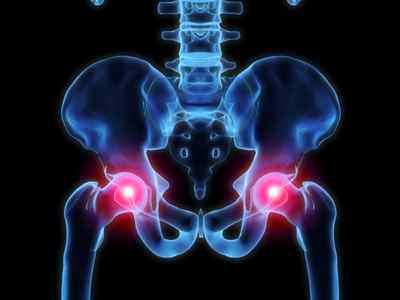 In 2010, DuPuy Orthopaedics recalled their metal on metal hip replacement—after over 500,000 had been used. In 2012 Stryker Corp. issued a recall of two of its models—after already issuing recalls in 2009, 2011, and 2013 for other models and issues. In both cases these implants were failing and producing tiny amounts of metal debris. This debris is made up of the chromium and cobalt ions. These ions cause the surrounding bone to deteriorate which weakens the implant, eventually leading to its failure. The debris also causes severe damage to surrounding tissue. This is sometimes referred to as an “adverse local tissue reaction (ALTR)”; the systemic and local responses are referred to as “adverse reaction to metal debris (ARMD).” Soft tissue damage may lead to pain, implant loosening, device failure, and the need for revision surgery (the old device is removed and replaced with another one). This is known as “metallosis”.  Patients with a progressing ALTR may be considered for earlier revision to prevent extensive damage to bone, muscle and nerves.

Normally, the metal ions work their way into the blood stream and are filtered out by the kidneys. However, with these faulty implants, metals can leach into the body at such a rate it can cause poisoning. Vertigo, hearing loss, heart damage, problems with kidneys, skin, thyroid, and nerve damage have been directly associated with all of these implants. After thousands of metal-on-metal implants failed, the London Implant Retrieval Centre released test results confirming that the implants released trivalent chromium ions. So while no increased cancer risk has been found, metal-on-metal hip implants may release particles that potentially cause cancer. And sadly, once the metals are in the body, the damage is done.