Infidelity among men can be linked to high testosterone levels according to a study published in Biological Psychology. “We were interested in the topic because there are still too few reliable findings regarding the potential relationship between infidelity and testosterone,” said co-author Andreas Walther, a researcher at Technichse Universitat Dresden.  Testosterone is a hormone produced in men by the testicles. Testosterone affects a man’s appearance and sexual development. It stimulates sperm production as well as a man’s sex drive. It also helps build muscle and bone mass. 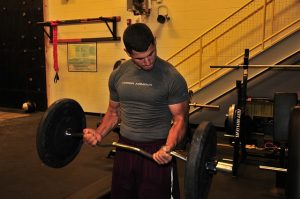 224 men currently involved in a romantic relationship filled out the researcher’s online survey, then went to a lab to have their testosterone levels measured.  Of the surveyed men aged between 40 and 75 years, 37.5% men admitted to having an affair one or more times during their current relationship. Those same men also had elevated testosterone levels.  “The main message is that testosterone is associated with infidelity and that higher testosterone concentrations appear to be associated with a higher probability of being unfaithful,” says Walther.   The study is consistent with previous research that found that men with lower testosterone were more likely to be in faithful to their partners.

The study also looked at other factors that could lead to infidelity like depression, sexual function, and the quality of the relationship.  Perhaps to no one’s surprise, alcohol consumption was also consistently associated with higher rates of infidelity.

It’s important to remember, however, that infidelity is not automatic.  Says Walther, “It is important to note that higher testosterone levels are not a deterministic factor that necessarily leads to infidelity, but only increases the probability.”