What Are The Signs of Infidelity?

Is Your Partner Cheating?

The dictionary definition of infidelity is “the act or fact of having a romantic or sexual relationship with someone other than one’s husband, wife, or partner”.  In the real world it can mean different things to different people. For some, just thinking about being with another person is the same as having an affair.  For others, infidelity only involves sex.  That leaves a lot of gray area in between. 57% of men and 54% of women admit to having an affair during at least one relationship in their past. Do you think your partner is one of those? What are the different kinds of infidelity and how do you detect the signs?  Can a relationship survive infidelity?  Statistics show that only 40% of adults who cheated on their partner ended up either separated or divorced.  Of those, 61% of the men who cheated are still with their partner.  Among women who cheat, only 44% are still in the relationship.

Is your wife always on Facebook?  Does he clear his texts before you can see them? Does your partner hide the amount of time they spend using social media?  These can be signs of cyber-cheating.  With the proliferation of dating websites, cheating forums, and secret hook up apps, social media allows people to connect in ways they never could before. The constantly changing technology places unlimited options at our fingertips.  A new partner or lover on the side is just a click away.

Many of these cyber-relationships start out harmlessly, but they rarely stay that way. Most people go to chat rooms or online dating sights because they are lacking something in their current physical relationship. 57% of Facebook users in a 2016 survey admitted they were using Facebook to have an emotional affair.  And 17% say they used Facebook to arrange a sexual affair.  Statistics show that 10% of all affairs now begin online. A recent survey of UK divorces discovered that 33%  cited Facebook as a contributor to the breakup. It’s not so shocking to learn that the number-one reason why Facebook was at fault in these cases was due to “inappropriate messages to members of the opposite sex.”  Another way Facebook played a part in divorces were those Facebook “friends” who took it upon themselves to rat out spouses they felt were getting too friendly on the social media site.

US divorce attorneys also agree that social media has increasingly played a part in marriage breakdowns. In 2010, 81 percent of divorce attorneys surveyed by the American Academy of Matrimonial Lawyers said they’d seen an increase in the number of cases using social networking evidence in the five years prior. The attorneys said Facebook was the number one source for finding online evidence, with 66 percent admitting they’d found evidence by combing the site.  All this has made apps that erase or conceal messages like Snapchat, Signal, or KIK extremely popular for those looking to keep things hidden from their partner.   Still, almost half of people who use social media to cheat just create a fake account.  A third will buy a “burn phone” used only to talk to their secret lovers.  Also, secret email accounts and fake user names are common.  It seems the more things change, the more they stay the same.

It’s normal for people to reach out to family members or friends for emotional support outside of your relationship. Talking to others outside of your relationship isn’t necessarily harmful and is not considered “cheating” by most people. Emotional cheating is when your significant other is actively engaging in all or many of the above actions over a long period of time and taking active steps to hide their behavior.  Many that emotionally cheat will hide the amount of time they spend talking to the other person.  A recent study showed that while straight men viewed physical infidelity as worse, women and gay men actually regarded an emotional affair as more hurtful. The most ideal way to cope with emotional cheating is to never let it happen. If you’re having problems in your relationship, get help before things escalate. It’s much easier to resolve issues in a relationship before something like emotional cheating takes place. If you suspect emotional cheating is happening, it’s best to not accuse your significant other. Accusations will only put him or her on the defensive & possibly push them away. Instead. talk to your partner and define what emotional cheating means to each of you.  Then set boundaries about what you are and are not comfortable with.

Other Types of Infidelity

Each scenario is different and knowing why a spouse had an affair will most likely not lessen the pain you’re feeling. But understanding his/her behavior will eliminate some confusion and help you heal your marriage, or move on if you decide to divorce.

Opportunistic infidelity occurs when someone loves their spouse but caves to their desire for someone else. This category of infidelity is typically driven by opportunity and the excitement of possibly getting caught. This might explain the 36% of affairs that are between coworkers.   Obligatory infidelity is a category of infidelity that’s completely based on anxiety and fear. The cheater can have a strong desire and love for their mate, but still have an affair because of their need for approval from others. Many times this person’s unhealthy need can cause them to act differently than their true feelings. Studies have shown that 15% of men who are financially dependent on their wives have cheated. Romantic infidelity happens when cheaters feelings have diminished towards their spouse. Most are devoted to their marriage but they are consciously or unconsciously longing for a loving and intimate connection with someone. And most romantic cheaters are committed, which will prevent them from ever leaving their mate. Romantic infidelity means heartache for the other person, however it rarely turns into a lengthy relationship. Romantic but conflicted infidelity happens when a person experiences sexual desire & genuine love for two people at the same time. Despite someone’s notion of having one true love in their lifetime, it is possible to experience sexual desire & genuine love for two people simultaneously. These situations create stress on the cheating spouse because he’s attempting to not harm either person, but ultimately hurts everyone. Commemorative infidelity happens when a person is in a relationship, but has zero attachment in any way towards their companion. There is no love or desire, only a commitment keeps them together. This individual justifies the affair by convincing themselves that they have a right to seek out and get what they are not getting in their current relationship. However, for outward appearances, it’s important to them that the current alliance last. This individual feels that he cannot be perceived as a failure, so he continues to stay in the relationship and fulfill his desires from others outside of the relationship. Perhaps that’s why a recent study found that Americans aged 55 and older are now more likely to report having extramarital sex than Americans under 55.

“We are just friends”

“I need some space to figure out my feelings”

New behaviors – quick to anger or storm out

You have fears or suspicions

When it comes to cheaters, no two are alike. Not all cheaters display the same patterns when having an affair. Some people can display contradictory signs.

If you’ve been unfaithful consider this advice:

Never tell your partner to “get over it.” Instead, hear what he/she has to say and take it in. Don’t wait in anticipation for them to bring it up again. Instead encourage open conversation and let them know you’re there for them. If you’re the one that’s been cheated on consider counseling before filing for divorce. This will give your unfaithful partner the time to earn back your trust. Give your relationship the opportunity to heal & grow. This is a slow process but if you’re both committed it’s worth the effort. A marriage can survive infidelity. It hurts, it’s not easy and there will probably be depression, anger and tears. And it takes time for trust to rebuild but only if the cheater takes responsibility and does not blame his/her spouse for the affair. So yes, a marriage can survive an extra-marital affair. But only if both people are willing to communicate, which is necessary to making the marriage successful.

An affair is not something that occurs in only unhappy marriages. It’s actually a myth that the real reason affairs happen is because of a flawed spouse or a bad marriage. An emotionally and sexually distant marriage will make an affair more likely but affairs also happen in good marriages as well. Nothing is more hurtful than discovering your partner had or is having an affair. The fact that you’ve been lied to adds additional pain to the betrayal. It’s normal for the individual that’s harmed to be depressed, disoriented, enraged, and even obsessed with the details of the affair & think that nothing will ever be the same. But as painful as an affair can be, don’t automatically assume that the marriage is over. If you have significant time together try to work it out. Couples can heal from affairs once it’s out in the open. However for this to happen both people need to be committed and completely open to each other so can trust can begin to rebuild.

Get Your Infidelity Test Details Here

We only work with the best in the business. Our DNA lab uses state of the art testing equipment that reduces risk of contamination and human error while still allowing for fast turnaround.

These are not home test kits–we will not send anything to your home.  We’re sorry, but our infidelity tests are not available to residents of the state of New York. 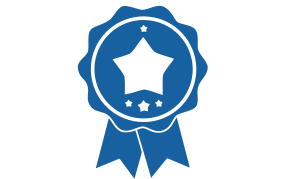 We only use accredited forensic testing facilities.   Our infidelity test labs are reviewed and re-inspected annually to assure they are maintaining the highest quality standards using the best equipment.

These infidelity tests are not available to residents of the State of New York.

Our labs are staffed with DNA testing experts and have over thirty years of experience in infidelity testing, working strictly within DNA Advisory Board guidelines. 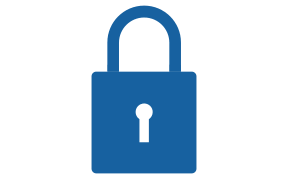 We understand your need for privacy and discretion when it comes to testing for infidelity. You need only provide as much personal information as you are comfortable.