Should You Worry About Glyphosate in Your Food?

A San Francisco jury recently ordered chemical giant Monsanto to pay a California man $289 million.  DeWayne Johnson claimed that spraying Roundup on weeds during his years as a school maintenance worker had caused his cancer.  A recent Cornell University study found glyphosate, the active ingredient in Roundup, in a variety of dog and cat foods.  And several environmental groups have released reports finding glyphosate in everything from Cheerios to Ritz crackers.  What’s going on?

Glyphosate is one of the most widely used weed killers in the United States. In fact, over 250 million pounds of glyphosate are sprayed on American crops each year.  It is used in agriculture and forestry, as well as lawns and gardens.

In 2015, the International Agency for Research on Cancer, part of the World Health Organization, reviewed extensive U.S., Canadian and Swedish studies on glyphosate’s effects on humans and animals.  They classified the chemical as probably carcinogenic to humans.  In 2017, California listed glyphosate in its registry of chemicals known to cause cancer.  Other animal-based studies suggest that the chemical can lead to reproductive issues among mammals and is harmful to bees, fish and rats. 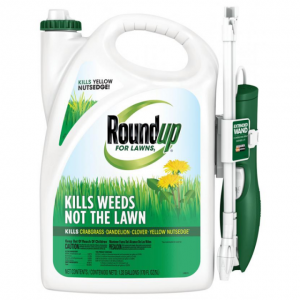 Still, the European Food Safety Authority, the European Chemicals Agency, the U.S. Environmental Protection Agency and the Australian Pesticides and Veterinary Medicines Authority all say their studies show the chemical is safe or very low risk.  Not surprisingly, Monsanto agrees. “Glyphosate has more than a 40-year history of safe use. Over those four decades, researchers have conducted more than 800 scientific studies and reviews that prove glyphosate is safe for use.“  Recent FDA tests found glyphosate on 63 percent of corn samples and 67 percent of soybean samples. But FDA did not test any oats and wheat, the two main crops where glyphosate is used as a pre-harvest drying agent, resulting in glyphosate contamination of foods such as Cheerios and some brands of granola.

Despite disagreements over the safety of glyphosate in foods, some food companies are now joining a growing trend by actively marketing glyphosate-free products.  And The Detox Project – which certifies products as ‘Glyphosate Residue Free’ – has been overwhelmed with inquiries as brands look to prove to consumers they are safe. The Environmental Working Group and other food companies sent a petition to the Environmental Protection Agency, calling for more stringent limits on the amount of glyphosate residues allowed on oats and a prohibition on the pesticide’s use as a pre-harvest drying agent. “No parent should worry whether feeding their children healthy oat-based foods will also expose them to a chemical linked to cancer,” said Scott Faber, EWG’s SVP for government affairs. “Using glyphosate as a desiccant is not necessary, but only a convenience for growers. That’s not worth taking a chance with our children’s health.”