Is Your Wife Cheating?

Is your wife cheating? A new study finds that women are as likely to cheat on their partners as men. In fact, studies show that infidelity rates for women are up as much as 40%!  In a survey of 3000 people, 20 percent of the women polled said they’d cheat if the right person came along. That’s compared to 24 percent of men!  And 52% of women who cheat start looking in their first year of marriage. Why have women caught up to men in the willingness to have an affair?

We’ve learned that many of the reasons women give for having an affair aren’t that different than men. One reason a wife cheats is because she’s feeling neglected or ignored. If the sex has gotten stale, a woman is just as likely to go looking for something new.  Also, just like men, women will go outside the marriage to prove they are still sexy and desirable.  But more often than not, women cheat to escape what they see as an unfair division of labor at home. “I think there’s an incredible amount of deep resentment for women in America about divisions of labor,” said sociologist Lisa Wade. A poll of 10,000 members of the online cheating site Gleedon claims 73% of women cheated on their men because they wouldn’t help out around the house. Another 84% said his failure to clean was a frequent cause of arguments.  “What social scientists are finding now is that there is a correlation between equal division of labor and better sex,” says Wade.  “A lot of women have tried to address these problems and have faced a lot of stubbornness from husbands. They feel there’s no way to win this battle. So maybe now what women are deciding is that infidelity is a third way. It’s such a precarious balance keeping everyone happy, that for many women, to start a long conversation about her own sexual satisfaction seems like a bad idea. We now tell women that they can have it all, that they can work and have a family and deserve to be sexually satisfied. And then when having it all is miserable and overwhelming or they realize marriage isn’t all it’s cracked it up to be, maybe having affairs is the new plan B.”

Is your wife cheating because she just can’t help it? Genetic scientists have long been looking for a link between our DNA and infidelity.  The results suggest that there is indeed a genetic component to one’s likelihood of committing infidelity — as in, nature accounts for roughly 63 percent of relationship-straying for males and 40 percent for females, with environment responsible for the rest. People with the 7R+ variation of the DRD4 gene which is associated with behaviors linked to feeling good. They’ve found that people with the genetic variation of this gene are more likely to cheat on their partners. In fact, research finds that 50% of those with the variation were unfaithful. Only 22% of those without the gene had affairs.  Individuals with a certain variant of the DRD4 gene were more likely to have a history of uncommitted sex, including one-night stands and acts of infidelity.  The motivation seems to stem from our body’s system of pleasure and reward — the release of dopamine. In cases of uncommitted sex, the risks are high, the rewards substantial — all elements that ensure a dopamine ‘rush.’  Another study of 7,378 Finnish people between the ages of 18 and 49 uncovered a different kind of genetic component to infidelity. Surprisingly, the researchers found a link between specific mutations of a receptor gene for vasopressin and infidelity in women… but not men. 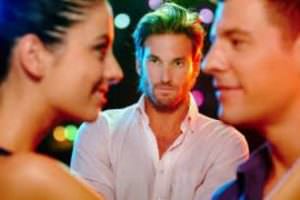 What may seem most surprising from the research is that most of women don’t see an affair as a means to end the marriage, but rather a way to keep their marriage alive.  They may have many years invested in the relationship.  There are families and children to consider.  They actually enjoy the company of their spouse.  Having an affair is a way to fulfill the missing parts of the marriage without ending it.  Therapist Esther Pere has a new take on dealing with affairs.   In her new book, “The State of Affairs: Rethinking Infidelity” (Harper), she suggest we look at infidelity differently.  She claims that while affairs can be devastatingly painful, but they can also reinvigorate a marriage.   She advocates a long term vision for relationships such as getting rid of unreasonable expectations of constant bliss.  This, she claims, is the root of many affairs.

Do you suspect your wife is cheating?  Find out now.