Lead Poisoning on US Army Bases a Real Risk

31 children at Ft. Benning have lead poisoning.  Additionally, 77 children at Fort Polk in Louisiana, Fort Riley in Kansas, and Fort Hood and Fort Bliss in Texas test positive for high lead levels. According to a recent report by Reuters, lead is in paint in on-post housing and other buildings on US Army bases across the country. In fact, lead paint has even been found in Fort Knox and at the United States Military Academy at West Point.  Frustratingly, the Army has known about the lead poisoning issue for years. According to the Reuters report, the Army identified more than 1,100 children who tested above the Center for Disease Control’s elevated lead level threshold between 2011 to 2016.  Cale Brown, a 46-year-old active-duty colonel has been trying to defend children on U.S. bases from lead poisoning.  “There is no acceptable number of children that the Army can allow to be so egregiously hurt,” Cale wrote in a letter to the Army Office of the Inspector General last year.  He says he never received a response. 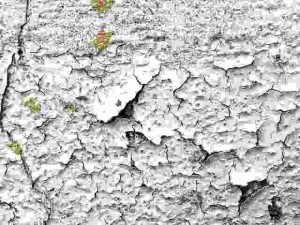 Private firms house 700,000 Americans at more than 100 military installations nationwide, including an estimated 100,000 children ages 0 through 5 according to Reuters. Beginning in the 1990s, the military began contracting out the renting and maintenance of base housing.  By 2005, the Army knew that 75 percent of its homes nationwide didn’t meet its own standards of quality or safety. In 2016 a DOD Inspector General report found that poor maintenance and oversight left service families open to “pervasive” health and safety hazards.  The Army declined to comment directly on the lead hazards Reuters detected at base homes.

So what is the Army actually doing to protect its families from lead poisoning?  Not much. According to the Army, families who rent homes built before 1978 are given lead-oriented disclosure forms before they can sign the lease. This is required by federal law for all landlords in the U.S.  At Ft. Benning, the command actually issued an order that families not participate in any outside lead paint testing.  The Department of Defense has cut finding to contractors for maintenance and upkeep of base housing. Sadly, families that complain about the housing claim it has hurt their military careers.   “We are committed to providing a safe and secure environment on all of our installations,” Army spokeswoman Colonel Kathleen Turner said in a written statement, “and to providing the highest quality of care to our service members, their families, and all those entrusted to our care.”