A trial date of January 12, 2021 has been set for a Davison, Michigan man for allegedly killing his wife by putting heroin in her morning cereal.   Christina Harris passed away in 2014 at the family’s home only weeks after giving birth to the couple’s second child.  Jason Harris has been charged with first-degree premeditated murder in the death of his wife.  He’s also accused of trying to hire a hitman to kill his wife.

Christina’s death had been originally been ruled as an accidental heroin overdose.  However, police began investigating further when Jason’s siblings went to the police and told them about Jason wanting to “get rid of Christina”.  This led to several of Jason’s coworkers also informing police of suspicious statements and behavior.  David Groshong, who worked with Jason Harrison at United Plastics claims he sold Jason 10 klonopin pills shortly before Christina died.  He claims Jason told him he wanted the pills to give to his wife “so she would stop nagging him”.   Jason allegedly told David he was going to crush them up and put them in her milk or water so she would go to sleep.  He later said that she had tasted the pills in her drink and didn’t finish it.   Another coworker told police Jason has talked about hiring a hit man, but the man had been arrested and couldn’t do the murder.  He allegedly offered the coworker $5,000 to carry it out instead.   Neighbors claim that Jason had moved another woman and her child into the family home only months after Christina’s death.

Harris has already been found liable for Christina’s death in a civil lawsuit brought by her family.  He was ordered to pay $2 million in damages. 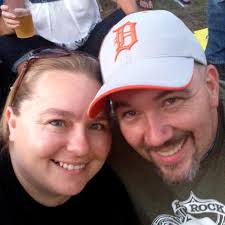