Steve Clayton was founder, president and CEO of Physical Therapy Resources, a national company with branches throughout the United States until he retired in 1995.  On July 21 Steve died at his home in Rock Hill SC after what appeared to be an accidental fall down the stairs.  He was buried in the backyard of his upscale home on August 4 surrounded by family and friends.  Weeks later however, autopsy reports revealed something much more sinister happened.

On Friday, August 31, Steve’s wife Lana Sue was arrested and charged with his murder.  According to the press release, the sheriff’s office claimed that “the investigation autopsy toxicology tests discovered poisonous levels of tetrahydrozoline in the body of the victim.” The chemical is used in eye drops.  The arrest warrant states she poisoned him over a three day period prior to his death.  When the nurse was confronted with the toxicology reports, she confessed to putting the eye drops in her husband’s water say police. No motive has been established.

And this is apparently not the first time she attempted to kill Steve.  According to officials, Lana Sue Clayton shot her husband in the head in 2016 with a crossbow while he slept. Both said it was an accident, and no intent to commit a crime was found.  She later claimed they had gotten into an argument and she had shot him in the back of the head with the crossbow after he threw something at her. 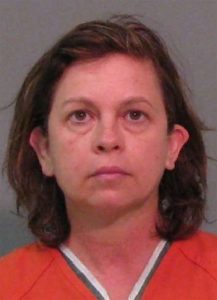 Stephen’s family provided a statement to a local TV station: “The family is shocked and mortified at the cause of Stephen’s death. All of our family and friends know how much he loved his wife, Lana, and how devoted he was to her. We are all still trying to process this.” Neighbors have also expressed shock. “It just makes no sense,” said Deborah Pollard, who lives nearby. “Somebody does something like that? That’s crazy,” said neighbor Sean Magan.

“You let him suffer for three days,” the judge said. The poisoning happened from July 19 to 21, the sheriff’s office has said. Initially charged with murder, Lana Sue Clayton pleaded guilty to voluntary manslaughter and malicious tampering with with a food or drug. She was sentenced to 25 years in prison–half the maximum possible sentence.  She claims she didn’t mean to kill her husband, only make him sick. Her defense attorneys claimed she only put the eye drops in her husband’s drink once, and that he was verbally and physically abusive.

Announcing the sentence, Judge Paul Burch stated, ” “The old saying, ‘What a tangled web we weave.’ Ms. Clayton, you sure have tangled this one up.” 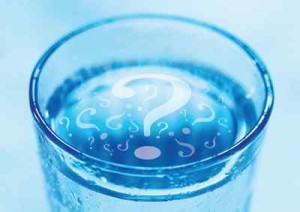 Is your water making you sick?

Do you think someone put drugs, chemicals, or poisons in your drink? Did someone spit in your water? We can help. We have drug tests that look for hundred of medications, both legal and illegal. Our chemicals and poisons test looks for thousands of chemicals, additives, and other substances that could be making you sick. Send us a small sample and we’ll test it for you.