New Insights Into the Cause of Infidelity

It’s estimated that 20 to 25 percent of all marriages suffer from infidelity.  And we know men and women cheat at about the same rate.  A new study is casting more light on the cause of indidelity.  Jana Hackathorn and Brien K. Ashdown, an associate professor at Murray State University and associate professor at Hobart & William Smith Colleges authored some surprising and not so surprising results.  545 members of the online infidelity site AshleyMadison completed an anonymous survey about why they cheat.  Most of the survey participants (81%) were male averaging 49 years old.

Not surprising was the finding that most of the cheaters were there because they were unhappy with their spouse, or that they had “fallen out of love.”  This is a common refrain.  Other studies have found that lacking love or a feeling of commitment to their spouse was the driving force behind affairs over 40 percent of the time. 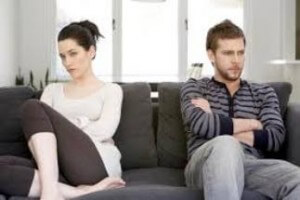 What was surprising was that the “other woman/man” wasn’t really that big of a motivation.  In other words, the cheaters aren’t being lured away or tempted by another person.  For men, it’s mostly about boredom at home.  Many state they are just there for the sex. It’s very different for women, however. The driving motivation for women is neglect.  Women who answered the survey reported they were looking for a second partner as much for the emotional support as for the sex.  Feeling neglected or ignored by their partner is tied in some way in up to 70 percent of infidelity.

Another surprise was that among younger participants, they listed a greater Christian religious affiliation and claimed their motivation was much different.  Many of them said that they were cheating to get revenge.  It could be for the other partner’s affair, to even the score after an argument, or because they feel they deserve more than they get from the relationship.