Selling any vaping product to anyone under 21 was already illegal, and pro-vaping critics of the new law say this new statewide ban goes too far.   The Vapor Technology Association released a statement in response to the ban. “At a time when New York small businesses are barely holding on, New York’s statewide ban on flavored vapor products will close most of the 694 small mom and pop vape shops, throw 6,000 more New Yorkers out of work, and add another $680M wrench in the state’s budget crisis. In addition to the serious negative economic impacts of the flavor ban, New York lawmakers are forcing adults who rely on vapor products as their alternative to cigarettes back to traditional smoking or to the dangerous black market. In short, everyone in New York loses with the short-sighted flavor ban – small businesses, employees, taxpayers, and public health.” – Tony Abboud, Executive Director, Vapor Technology Association.   Others say driving smokers back to traditional cigarettes is a big win for big tobacco.  But for anti-vaping activists, it’s a huge step forward in preventing kids from getting hooked on nicotine in any form.  Recent studies show between 30 and 50% of all high school kids vape, despite it being illegal.

Vaping advertises itself as a safer alternative to cigarettes, but as more and more studies are being released, that idea is going up in smoke. Vaping contain as much if not more addictive nicotine, and toxic lung damaging heavy metals.  And now, vaping also puts the user at higher risk for contracting more severe Covid-19 disease.  Damage to the lungs, a lowered resistance to infection, and the constant hand to mouth motion puts people who vape in the same “high risk” category as smokers. 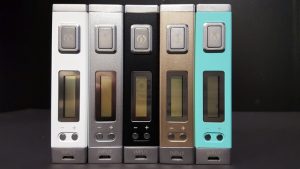 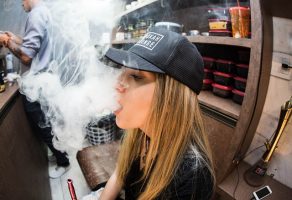