A Pennsylvania woman acquitted of poisoning her first husband has been arrested for murder in the 2018 poisoning death of her third husband.  Myrle E. Miller, 76, is charged with giving her husband of less than six years, John Nichols, her verapamil – a high blood pressure medication-causing his heart to fail.  Miller, a retired nurse, was in charge of dispensing his medication according to the grand jury report.  In 1988 Myrle was charged with attempting to kill her first husband, Ronald Rovenolt Sr. by poisoning him with arsenic.   A jury acquitted her after she claimed he had done it himself by carelessly spraying ant killing chemicals in his garage.

The Winfield woman has also been charged with insurance fraud, theft by deception, forgery, perjury, and dealing in proceeds of unlawful dealings.  A grand jury found she stole $87,000 dollars from his bank accounts and took out loans against his life insurance.  The deception began less than a year into their marriage. 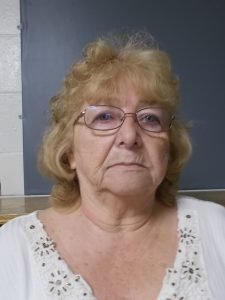 Suspicions about Miller were stoked when money began disappearing from Nichols’ savings accounts.  It turns out she had not only withdrawn money from his account, but had also changed his three life insurance policies to become the sole beneficiary.  Authorities say she forged checks for bank transfers and forged letters to the insurance companies to make the changes. The state also alleges she had a man, Lou Geiger, call one of the insurance companies claiming to be Nichols to obtain a $19,000 loan.

Investigators searched her computer and found searches about marriage laws, divorce lawyers, and the medications Flexeril, Donopezil, Ativan, and Verapamilin  in the days before Nichols’ death.   They also found communications with other men under false names.   Hours before Nichols’ death, Miller corresponded with another man via Facebook Messenger and wrote to him, “Alex I am in love with you,” according to the grand jury report. She had been engaging in online exchanges with other men for months prior to Nichols’ death, professing her love to them and sending them money.

Myrle is currently married to her fourth husband.