We hear stories of murder and mayhem every day. Sadly, unless it’s something really extreme we don’t pay much attention anymore. But there will always be certain cases that seem to grab our attention. Those are the cases of husbands, wives, roommates, and jealous co-workers resorting to one of the oldest weapons of murder known—poison.

Vickie Jo Mills of Pennsylvania admitted to poisoning her boyfriend over the course of three years in an effort to get him to pay more attention to her. Her poison of choice? Eye drops. Eye drops contain tetrahydrozoline (it’s the ingredient that “gets the red out”). Taken internally, and in large enough quantities it can cause headaches, blurred vision, nausea, breathing problems. The victims can even suffer seizures and fall into a coma. Vickie’s boyfriend survived and Vickie is now doing time.  Also in Pennsylvania, Joann Curley was convicted of first degree murder for lacing her husband’s iced tea with rat poison. Rat poison used to contain the heavy metal thallium, and her husband, Robert, had 900 times the lethal dose in his body when he died. It took years, and two autopsies to figure out the cause of death. They finally figured it out after doing a post mortem hair analysis.  In Australia, Wendie-Sue Dent is on trial for murdering her partner with a cocktail of dangerous prescription pain medications. A glass of orange liquid next to his bed was found to contain traces of morphine, Tramadol and Valium.  She was the beneficiary of his $300,000 pension fund and is accused of not wanting to wait for it any longer. 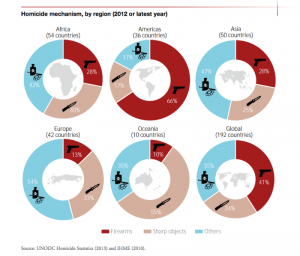 A California woman discovered that her co-worker had been putting poison in her drinks and lunches at work for over a year.  David Xu, an engineer at Berkeley Engineering and Research Inc., is accused of putting poisonous metal cadmium to co-worker Rong Yuan’s food and water.  After being sick for months, the firm reviewed surveillance video that showed him adding something to her water bottle.  A German man was sentenced to life in prison for putting mercury and other chemicals in his co-workers lunches.  He’d been doing it for years before he was finally caught.  And in Canada, a former chemistry PhD candidate at Queen’s University in Canada confessed to poisoning a colleague with N-nitrosodimethylamine (NDMA) and was sentenced to seven years in prison.

So if you think murder by poison is an outdated scenario, think again. And be careful what you drink.