Let’s face it.  We all have that coworker that just gets on our nerves.  Pencil tapping, humming along to the bad office music, personal phone conversations—it all gets to be too much.  But how far would you go to get rid of them?  Judging by the news lately, some people are willing to go pretty far.  And if you are the hummer or tapper–think twice about keeping your lunch in the employee breakroom.

In Berkeley, California, David Xu was arrested and charged with premeditated attempted murder and a special circumstance of causing great bodily injury as well as two counts of poisoning with an enhancement for attempting to kill a co-worker at a small Bay Area company. Authorities allege that over the course of 18 months, he repeatedly slipped toxic metals into Rong Yuan’s food and water, causing her to become seriously ill. Two of Yuan’s family members reported they also became sick after drinking from Yuan’s water bottle when she returned home from work, according to court documents.  Surveillance video from her office and saw Xu adding something to her water bottle on two occasions. 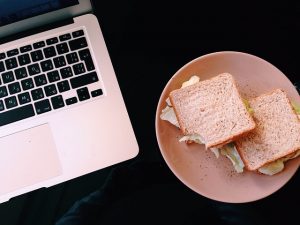 In Germany, a man received life in prison for the attempted murder of at least three coworkers. Identified only as “Klaus O” by police, the suspect was caught on camera opening coworkers lunch boxes and sprinkling white a white powder on their food. When police searched the 57-year-old man’s home they found toxic chemicals like mercury, quicksilver, lead and cadmium.  The suspect was a longtime employee who had been at the company for 38 years and was suspected in the deaths of 21 coworkers.

Zijie Wang has pleaded guilty to poisoning a co-worker in the chemistry labs at Queen’s University in Kingston, Canada. He had been dosing his co-worker’s food with N-nitrosodimethylamine (NDMA), used to induce cancer in rats, which initially made the victim vomit and gave him diarrhoea.