Pong Pong Seeds are at the heart of a recent tragedy. Lucia Anderson, 22, from Calumet City, Illinois died recently after taking the seed that she bought online for $5. The seed from Thailand’s “suicide tree” causes heart arrhythmia and a slow, painful death. The seeds contain the poison cerberin, which is similar to digoxin, and fatally interrupts the heartbeat. 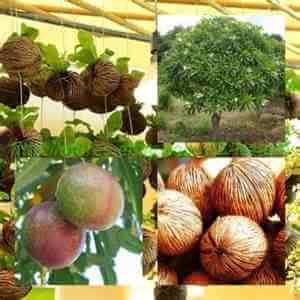 Little is known about the seed in the US, but the plant, Cerbera odollam, is listed in the FDA’s poisonous plant database. It has been used for years in India and Southern Asia for committing murder and for suicide. The poison is very difficult to detect during toxicology studies and the flavor is said to be easily masked in food. The seed pods are quite pretty and are sold online to be used as decoration. Across southern Asia the plant, which is a member of the oleander family, is used as a hedge. It has fragrant white flowers and flourishes in swampy, wet areas.
Lucia was a transgender and had been struggling to live as a woman according to her mother, Natosha Anderson. Ms. Anderson found Lucia, born Bernard McCalip, on the bathroom floor where she had been sick and vomiting for hours. She told her mother that she had taken a pong seed. When the paramedics and police arrived they had never heard of the poison. She died later at the hospital. Police found where Lucia had purchased the seeds online for $1, plus $4 shipping. “I can go online and purchase something for $5 — $5 and that can literally devastate a family and kill someone. I don’t understand,” Anderson told a local television station. “I don’t want my son to die in vain. If I can save one life, just one.”