Thanks to a Colorado federal appeals court, rules that required drilling companies to reveal the chemicals they use when fracking is now in limbo.  In 2015, the Bureau of Land Management (BLM) passed regulations that said frackers had to disclose the chemicals they used within 30 days of drilling on lands owned or run by the federal government.   Drilling companies appealed the rules, and a Wyoming judge first delayed, then overturned the rules.  The Obama administration appealed the judge’s ruling.  But before the appeals court could make a decision, Trump was elected and announced he wanted more fracking on federal lands.  So now, because federal land management agencies are in the process of implementing Trumps agenda for more drilling, the 10th Circuit Court of Appeals has decided to basically make no decision on the 2015 rules.  They’ve decided it’s a waste of their time to rule on regulations that are going to be removed anyway.  Unfortunately, this leaves the enforcement of the regulations unclear.

An attorney representing environmentalists in the case, Mike Freeman, says the regulations are in force until the Trump administration officially revokes them, and that could take months and get tied up in court.  From the drilling industry side, Kathleen Sgamma, president of the Western Energy Alliance, states that the regulations have never been in force because a lower court blocked them before they took effect. “I don’t see a scenario where the government and the industry waste resources on a rule that is going to fundamentally change in the very near future,” she said. 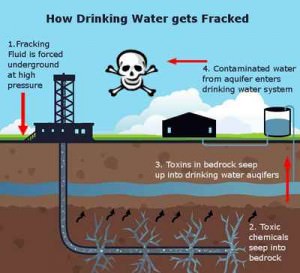 Hydraulic fracturing, or fracking, is a drilling process that injects chemical laden water into the ground to release oil and gas.  Opponents claim the chemical cocktail used is dangerous to public health and the environment.  Drillers claim it’s safe.