Have you heard of K2 or “Spice”?  It’s a man-made or synthetic cannabinoid, sometimes called synthetic marijuana, although they are not related. The chemical is sprayed on plant material and smoked, or sold in liquid form that can be vaped.

Cannabinoids are naturally found in the marijuana plant and are the substance that produces the “high”.  The synthetic versions can be as much as 100 times more powerful. They interact with the same brain cells as the natural versions, but produce very different effects.  Side effects reported include: elevated mood, relaxation, altered perception, symptoms of psychosis, extreme anxiety, confusion, paranoia, and hallucinations.  Synthetic cannabinoids can also raise blood pressure and cause reduced blood supply to the heart, as well as kidney damage and seizures. 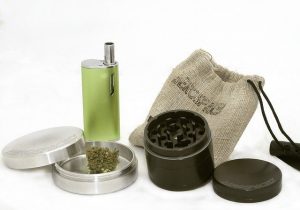 Spice is often passed off as a “natural” cannabis product sold as CBD, THC oil or THC Vape.   In December 2019, eight high school students in the UK were hospitalized after vaping what they thought was THC liquid.  This followed nine other hospitalizations of high school students earlier in the year.  In September of 2019, the Associated Press tested 30 different products being sold as CBD vape oil.  10 of the 30 contained synthetic cannabinoids instead of CBD.  The testing came after reporting on a college student who ended up in a coma after vaping what he was thought was CBD.  Michelle Peace, a forensic scientist at Virginia Commonwealth University who has found synthetic marijuana in her own testing of CBD vapes, said the federal government should act quickly to protect the public.

Some forms of synthetic cannabinoids were banned by the DEA in 2013. Unfortunately, the DEA action only covered a small number of the chemicals, leaving legal room to sell different chemicals in their place. It is estimated there are now hundreds synthetic cannabinoids being sold, with only about 50 of them currently listed in the US as federal Class I drugs.  Individuals who use synthetic marijuana have absolutely no way of knowing what chemicals are included in the formula.