The Fracking Debate Rages On

As 2020 candidates debate the best ways to deal with climate change, hydraulic fracturing, or fracking, is back in the news.  Few can argue that replacing coal fired power plants with natural gas is great for the air we breathe, but many argue that getting there by fracking is really bad for the water we drink.

Fracking uses a slurry of up to 40,000 gallons of at least 632 dangerous cancer causing chemicals that the energy companies do not have to release to the public. This toxic mix is often stored on site, in open air containment ponds or in injection wells. When a site is closed the ponds and wells are left to contaminate the air and ground water.  Samples taken at drilling sites in the Bakken region of North Dakota found widespread fracking contamination.  Lead, ammonium, selenium and other toxic heavy metals were found in drinking water at levels exceeding federal guidelines.  The soils surrounding the sites are contaminated with radium. “Until now, research in many regions of the nation has shown that contamination from fracking has been fairly sporadic and inconsistent,” said Avner Vengosh, professor of geochemistry and water quality at Duke. “In North Dakota, however, we find it is widespread and persistent, with clear evidence of direct water contamination from fracking.”

The long term effects of living or working near a fracking site are still being studied. But a 2011 article in the journal Human and Ecological Risk Assessment, examined the potential health impacts in relation to the chemicals used during drilling, fracking, processing, and delivery of natural gas. Their research found that 75% of the chemicals could affect the skin and eyes, as well as the respiratory and gastrointestinal systems. About 40–50% affects the brain/nervous system, immune and cardiovascular systems, and the kidneys; 37% could affect the endocrine system; and 25% could cause cancer and mutations.  A research article published in the Journal of Environmental Protection  found a direct link between fracking and low infant birth weight in Pennsylvania. The study compared infant mortality rates in Pennsylvania. Infant death rates were significantly high in highly-fracked counties in northeast Pennsylvania, those with the greatest density of private water wells, suggesting it is drinking water contamination driving the effect. These results raise serious questions about potential health hazards of fracking, especially since the fetus and infant are most susceptible to environmental pollutants. This is a public health issue which should be investigated wherever fracking is being carried out or proposed.”

If you live or work near a fracking site, even if it’s been shuttered, drinking water for the presence of dangerous chemicals and metals. You can also test your hair to see if you have already been exposed 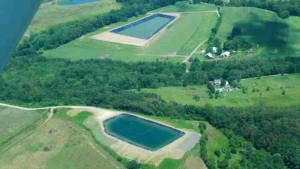 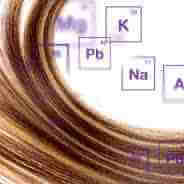