The Politics of Infidelity

The politics of infidelity make a large splash in the media. Nothing is off limits regarding a candidate’s sex life.  But do we care?  Only eleven years ago Bill Clinton was impeached because he lied about an affair with an intern. At the time, Sean Hannity claimed that presidential candidates who have affairs have a “character issue” because they are “living a life that’s a lie.”  He believed that Americans “have a right to know before we elect somebody” whether the candidates have had such affairs, stating: “If you cheat on your wife, are you going to be honest with your country?”  Fast forward to 2016 and Donald Trump.  Donald Trump’s numerous affairs were well documented long before he ran for president, yet he was (and remains) the candidate of choice for conservative Republicans and Sean Hannity’s biggest fan. So what happened?  When did the politics of infidelity change? 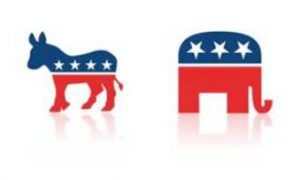 Popular wisdom has always said that Democrats are liberals with a free wheeling, anything goes lifestyle. Republicans are conservative, church going citizens. But contrary to this conventional wisdom, a nationwide Morning Consult/Politico survey recently found 43% of Republican voters said they would overlook a candidate’s affair versus only 34% of Democratic voters. And a PRRI/Brookings survey conducted in 2016 found 70 percent of Republicans and 61 percent of Democrats said officials can behave ethically in their roles even if they acted immorally in their personal life. When it comes time to vote, why doesn’t a candidate’s infidelity matter any more?

Two researchers, Kodi Arfer of the University of California Los Angeles and Jason Jones of Stony Brook University, asked the question and got some surprising answers.  They analyzed user data from the Ashley Madison adultery website that was leaked in 2015. They linked credit card payments made via the website with voter registration records from California, Florida, Kansas, New York and Oklahoma. The researchers looked at people with no party membership, as well as those registered as Republicans, Democrats, Green and Libertarian.  The study results found that Libertarians were most likely to use the site, and Democrats least likely. Republicans, Greens, and unaffiliated voters fell in between.  “The general pattern seems to be that members of more conservative or more right-wing parties used Ashley Madison more often,” explains Arfer. “Our results are perhaps the strongest evidence yet that people with more sexually conservative values, although they claim to act accordingly, are paradoxically more sexually deviant in practice than their more sexually liberal peers.”  So, if a person is secretly having an affair, are they more likely to overlook a candidate’s?  Statistics would say that seems to be part of the reason.  It may also be that people feel what goes on between couples behind closed doors is just none of their business. More than half of Americans (54 percent) say an extramarital affair in a presidential candidate’s past “wouldn’t matter” to their decision about who to support, according to a new Deseret News about adultery.

Society’s views on infidelity have changed over time and people can justify a political leader’s cheating if they like his or her other traits, according to psychologists and other experts on scandal. So perhaps party affiliation overrides moral failings?  Another study using Ashley Madison information found that people cheating on their spouses were more than twice as likely to have committed violations of codes of conduct in their workplace than people who aren’t cheating on their partners. And each new discovery of a politician having an affair erodes public trust, a development that holds implications for even those leaders who will never cheat. In 2016, only 56 percent of U.S. adults had a “great deal” or “fair amount” of trust in the country’s political leaders, compared to 86 percent 40 years earlier, according to Gallup. Hannity was right back in 2008 — the politics of infidelity do matter.  If you are dishonest in your private dealings there is no reason to believe you will be honest in your public ones.