What are the different types of poisoning? 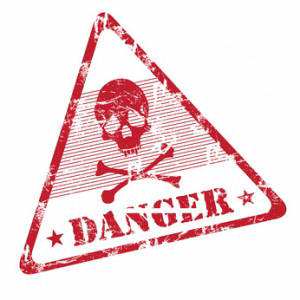 Acute poisoning: Acute poisoning is exposure to a poison during a short period of time or on one occasion. Symptoms typically develop in soon after exposure. Absorbing a poison is necessary for systemic poisoning. In contrast, substances that destroy tissue but are not absorbed, such as lye, are corrosives rather than poisons. Please note that many household medications are not labeled with a skull and crossbones but can cause severe illness or death. In the medical sense, poisoning can be caused by far less dangerous substances than those receiving a legal classification of poison.

Chronic poisoning: Chronic poisoning is a continuous or long-term repeated exposure to a poison where the symptoms do not occur immediately after each exposure. The individual gradually becomes ill after a long period of time. Chronic poisoning most commonly occurs following exposure to poisons that are biomagnified or that bio-accumulate such as lead, mercury, and gadolinium.


Murder by Poison: The majority of people who die from poisoning do so accidentally. As a mode of homicide poisoning, compared to knives or guns, is rare. According to the FBI out of 187,500 homicides committed from 1991 to 2001, only 356 involved poisoning. During the period 2001 to 2007, the figure rose to 529. Toxicologists believe that homicidal poisoning is much more common than statistics suggest. For example, in 2003, 27,438 people died of poison. While only 64 of these deaths were ruled as a homicide, 3,568 were listed as undetermined. Which means pathologists considered these poisoning deaths as suspicious.

Nobody can actually tell how many people are really being murdered by poison because most of the deaths are classified as natural fatalities. In most cases, there are no clear signs of homicide. There are no stab wounds, cuts, bruises, or bullet holes that signify that these deaths were not completely natural. In most instances, because the deaths were not considered suspicious, no autopsy is conducted. These victims are cremated, embalmed, or buried. Periodically, suspicions arise when an estranged family member receives an enormous life insurance check and a week later leaves town. Revenge, frustration, hate, money, greed, sex, jealousy, property disputes, personal vendettas, will conflicts, narcotics/drugs, and the urge to protect others are all common motives for murder by poisoning, but motive isn’t evidence. The evidence of a murder by poisoning, is the poison. If the poison/toxic substance is not identified and detected during an autopsy, the murderer will get away with murder.

Poison is seldom detected when a standard autopsy is performed by a hospital pathologists. This is because a hospital pathologist is not thinking homicide and not looking for signs of poisoning. Unless a distinct poison is suspected the chance of discovery is unlikely. Common poisons used in homicides include arsenic, cadmium, chromium, lead, morphine, and Demerol.