What City Ranks #1 For the Most Infidelity?

What city in the US has the most cheaters?  You might think New York or LA for sheer population density.  More people, more infidelity, right?  Wrong.  Seattle, Washington ranks number one for the most people having an affair according to the infidelity website Ashley Madison. This might explain the divorce rate in Washington state being 15 percent higher than the national average.  But why? 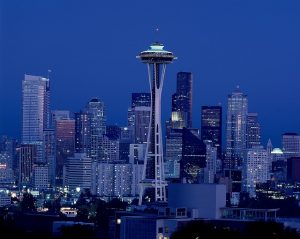 Seattle is known for its pubs and local breweries, and research shows that people who find themselves drunk more often are more likely to cheat.  Or is it that some of the same external factors cause people to overindulge on alcohol also lead them to cheat on their wives?   Seattle has a predominately white color work force.  Studies show that the more affluent a man is the more likely he is to have an affair.  Couples in Seattle also have fewer children than the national average.  Could not having the guilt of tearing a family apart give people more courage to cheat on their partner?  Perhaps all these factors combined in one place make Settle the infidelity capitol of the US.

Who’s number two?  That prize in the Ashley Madison infidelity sweepstakes goes to Denver, Colorado.  Denver also ranks second in America for how educated its population is.  So smart they think they won’t get caught cheating?  Sorry.  Colorado is # 8 in the US for divorces.   And perhaps not coincidentally #3 for drunkest city in Colorado.

Think Your Partner is Cheating?