Can you name the most common cause of food poisoning in the world?  You might guess salmonella or E.coli, but it’s actually a bacteria called campylobacter.  1.3 million people a year in the US alone get infected by the campylobacter bacteria.  Like many other food borne bacteria, it can cause diarrhea, vomiting, and fever.  Infants and children are more likely to get the infection, but it can sicken any age group.  And men seem more susceptible than women to the infection. 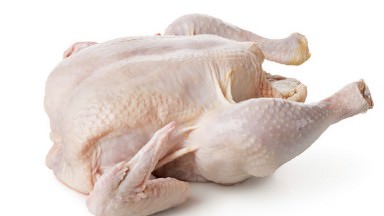 Campylobacteriosis normally lasts two to five days.  Symptoms include vomiting, diarrhea, nausea, headache, fever, and muscle pain. While most people recover fully within 10 days, some can develop long term problems. Occasionally, Guillain-Barré syndrome can begin several weeks after the diarrheal illness. “This occurs when a person’s immune system is “triggered” to attack the body’s own nerves, resulting in paralysis. The paralysis usually lasts several weeks and requires intensive medical care. It is estimated that approximately one in every 1,000 reported Campylobacter illnesses leads to Guillain-Barré syndrome.”  If you already have a weakened immune system, campylobacter can also cause a severe bloodstream infection.

How do you get campylobacteriosis?

The illness is usually associated with consuming raw or under cooked poultry, raw dairy, or contaminated water or produce.  Alarmingly, it only takes a tiny amount to make a person sick.  In fact, one drop of contaminated raw chicken juice can be enough to make you sick. So you can get an infection if your food even touches contaminated meat. In 2015, National Antimicrobial Resistance Monitoring System (NARMS) testing found Campylobacter on 24% of raw chicken bought from retailers. You can also become infected from handling the feces of an animal that is sick with the bacteria.  Fruits and vegetables can become contaminated if they contact soil or water contaminated with infected animal feces. People who travel abroad are more likely to get infected by coming into contact with untreated water.  One out of every five infections reported come from people who have traveled internationally.

How can I prevent the illness?

Not surprisingly, the best way to prevent a campylobacter infection is to cook your food thoroughly.  Cook any poultry to at least 165 degrees. Do not allow raw poultry to touch any other food. Have dedicated cutting boards for raw mean and clean them with hot soap and water after each use. Do not consume raw milk, or products made from raw milk.  Do not drink untreated water.  If you get your water from a well, make sure it’s tested often for bacteria.

You’ve heard it before and you’ll hear it again—WASH YOUR HANDS!  Campylobacter can survive on your hands. So wash before and after you handle raw meat.  Also, don’t use cutting boards or knives after preparing raw meat until you’ve washed them thoroughly.  This will help prevent cross contamination.  Wash your hands after you clean a litter box, or clean up after your pets. Wash your hands thoroughly after changing a child’s diaper or using the bathroom yourself.