Just exactly what is chromium?  Most of us know chromium as the silver metal used in chrome plating.  It makes shiny bumpers and wheels.  It’s also a component of stainless steel. But it has many other forms and uses.  Chromium is considered an “essential element”.  It is necessary in tiny amounts for our bodies to function properly.  There seems to be a link between chromium and our body’s ability to regulate sugar.

Chromium is used as a pigment in paint, an ingredient for making artificial gems and colored glass, and as a glaze in ceramics.  It is used to preserve wood, to tan leather, fix dyes in fabrics, and to manufacture magnetic tape.

Most of these compounds are generally safe when properly handled and disposed of.  One form of chromium, known as hexavalent chromium or chromium (VI), is highly toxic and a known cancer causer.  It is estimated that over half a million workers a year are exposed to hexavalent chromium each year.  Workplace exposure usually occurs in the metal plating industries, welders who work with stainless steel, and workers in the painting and coating industries.

Ordinary people who do not work with or near these industries have been exposed to hexavalent chromium and been made sick from it.  Have you seen the movie Erin Brockovich?  It was based on the story of a woman who proved Pacific Gas & Electric was polluting the water of Hinkley, California with hexavalent chromium.  California is now the only state with a chromium drinking water standard. 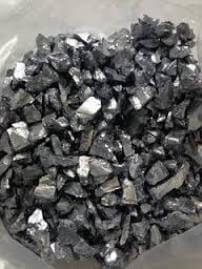 If you work in an industry where you are exposed to chromium or live near a facility that uses chromium, be aware of the symptoms of chromium poisoning.  Dermatitis and asthma are the most common symptoms of exposure.  Short-term exposure can include inflammation and irritation of the nose and upper respiratory system. Coughing, wheezing, and shortness of breath are also common.  Longer term exposure can cause chronic rhinitis, bronchitis, conjunctivitis, and lung cancer.